Just before Christmas, bombs went off in two embassies in Rome, injuring staff in both. I immediately tweeted “#Anarchism has nothing to do with injuring innocent mailroom staff #Rome”  and I absolutely stand by that point.

Right now, across Europe and perhaps across the world, thousands of people are being introduced to anarchist ideas. Governments and politicians of all kinds have failed their people and are stealing from their populations to keep bankers and financial traders happy. Police have shown their true role as defenders of privilege with increasing levels of violence against protesters. 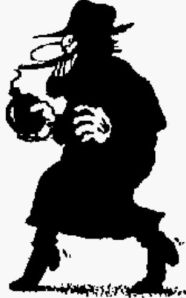 Lots of people, particularly the young who have taken to the streets over attacks on education, are searching for new ideas and some are discovering anarchism for the first time. As they look for political ideas that don’t include capitulation to leaders and parties, anarchism is an obvious source.

Anarchists like myself have been keen to engage with these groups, offering help, support and advice. We’re succeeding in getting rid of the stereotype of anarchists as violent thugs and shadowy bombers.

And then we get the bombs in Rome. Apparently, they were sent by a group calling itself the “Informal Anarchist Federation” (Federazione Anarchica Informale), which has the initials FAI – “coincidentally” also the initials of the older and much more established Federazione Anarchica Italiana (Italian Anarchist Federation). The attacks followed similar letter-bomb attacks on embassies in Greece, apparently by the anarchist insurrectionist group, Conspiracy of Cells of Fire.

If these groups truly see themselves as anarchists, then they’re idiots. The ideology of Propaganda by Deed was abandoned by anarchists a long time ago as counter-productive. Injuring innocent people does not build support for any movement – in fact, it has always done the opposite. What they’ve been doing is completely counter-productive and has allowed the state, the police and the media to point to their actions and go “see, anarchists are violent.”

I do, however, find the whole thing more than a little bit suspect. Firstly, the name of the Italian group seems deliberately aimed at causing confusion. In fact, quite a number of media outlets erroneously attributed the Rome bombings to the Italian Anarchist Federation FAI. And it’s not like the Italian police have been known for dealing with radicals in a fair and legal way – remember the Genoa demonstrations back in 2001? Apparently, there are already suspicions about the Informal Anarchist Federation.

Provocateurs or not, I can only restate that actions such as these help nobody and will destroy attempts to build a true anarchist movement unless we stand against them. As Alexander Berkman put it:

“Therefore I must tell you, first of all, what Anarchism is not.

One thought on “On “anarchist” bombs”